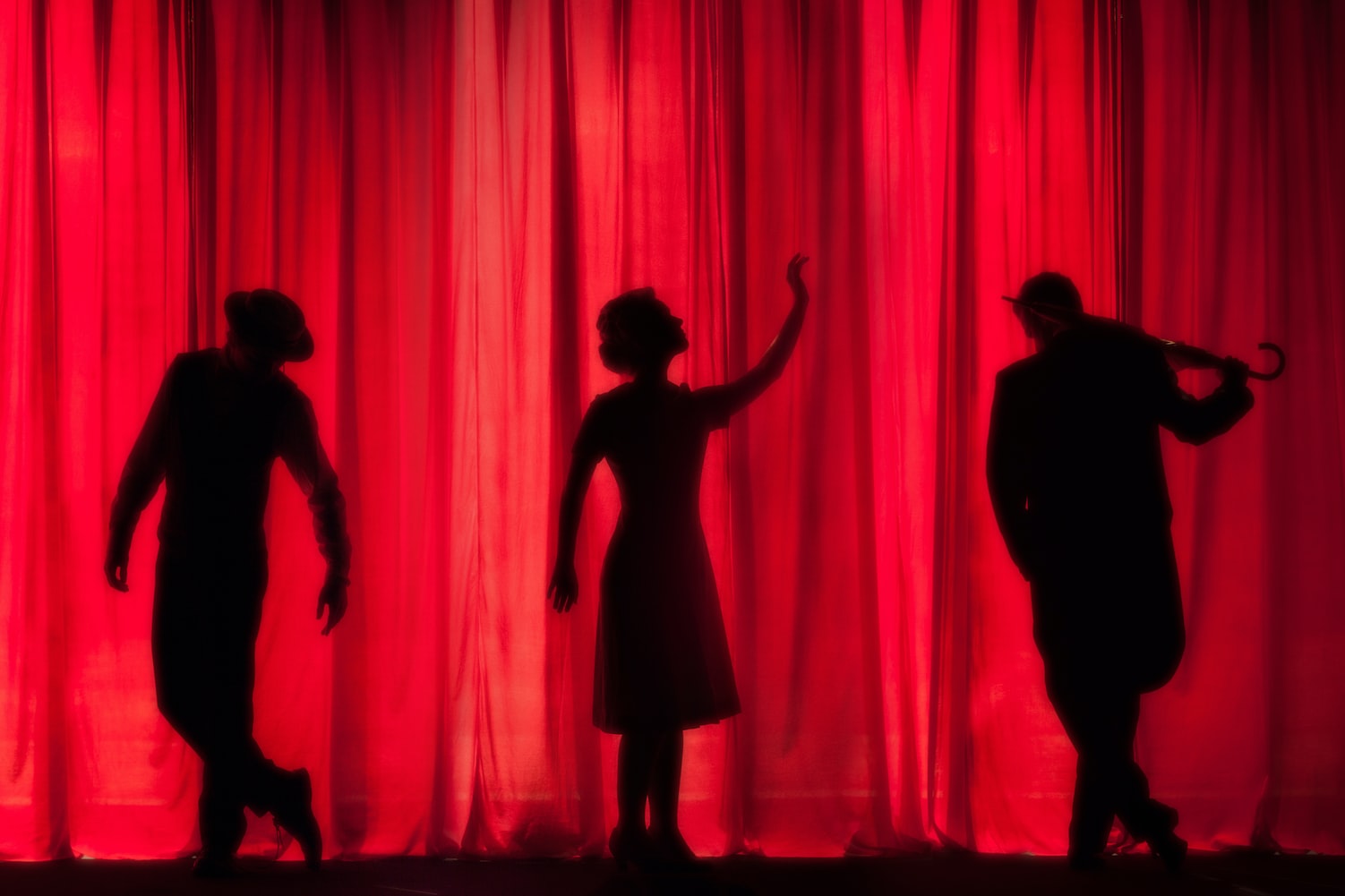 Laughter is the best medicine, and in today's world there are a million and one ways to get a nice, big dose. The wide world of comedy has made its way onto TV shows, on streaming services, movies, radio programs, books, magazines, and podcasts. However, one type of comedy that often gets overlooked is improv comedy. So what is improv comedy?

Many people have no clue what this style of comedy is all about and there are some things that could be considered misconceptions about what it's all about. If you're asking, "what is improv comedy?" then you're in the right place to get the lowdown on this innovative form of entertainment.

WHAT IS IMPROV COMEDY? 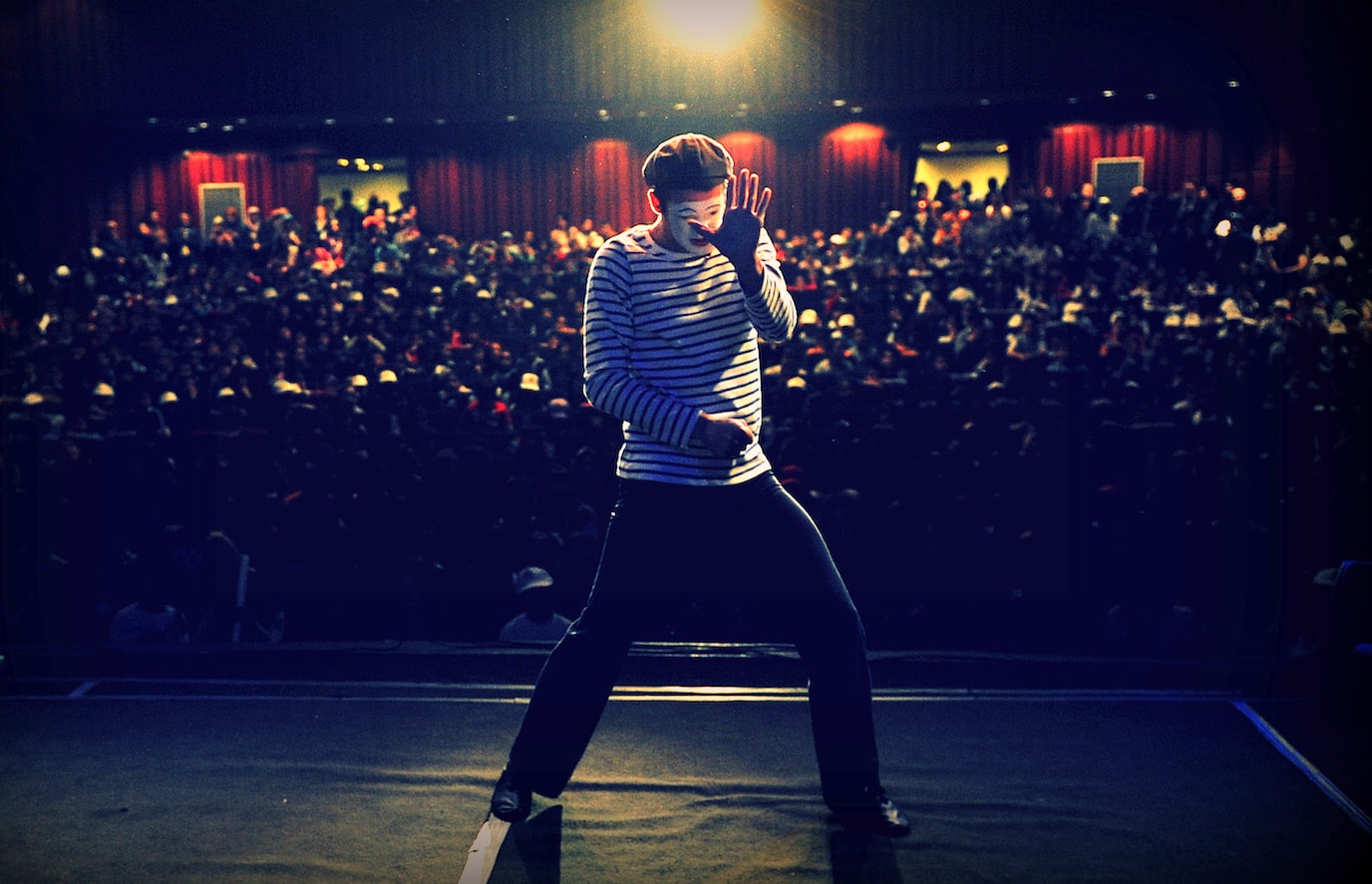 Improv comedy is short for improvisational comedy, meaning that it's a form of the genre that is literally made up on the spot. There are no scripts, no cues, and no limitations. Improv comedians come prepared by learning the ropes and by practicing, but they don't necessarily have a list of jokes in their head that they plan to cover before the night's up.

They constantly have to be on their toes and do their best to deliver good material without prior planning. Usually, because of the limitations of the art form, it's performed with two or more people, and the dialogue created often opens up room for some truly hilarious jokes.

WHY IS IT DONE?

There's a certain draw to improv comedy; in some ways, it's like listening to a band live. You've heard them pristine and polished on their album, but how do they do when there are no takes or re-dos? Listening to a comedian or a group of comedians do improv lets you see how funny they can be without all the prepping and polishing. They just have to make it up as they go.

This makes it exciting, often surprising, and no doubt a great time. It also means that the act is constantly evolving, may not take an absolutely linear route, and usually includes material that you never would have heard at a standard comedy show.

THE HISTORY OF IMPROV

Improv comedy was first viewed totally as a type of theater, and the first recorded improv comedy plays were found in the Atellan Farce of 300 B.C., meaning this art form has been in existence for over two millennia. A farce was a play that made use of very exaggerated and extravagant situations, and they were often characterized by their nonsensical, absurd nature.

These plays became somewhat popular in ancient Rome; they were thought to come with a list of prepared subjects and characters that would be covered in the scenes, but all the dialogue done by the actors during the scene was totally improvised.

Apparently, those who participated in the farces were considered so vulgar and indecent that they were banished from Italy in the first century AD. After that, one of the most significant moments in improv history came in around the 16th century with the inception of commediadell'arte, a form of theater that had developed in Italy which included masked characters improvising in the streets of cities. In the 20th century, people like Viola Spolin and Keith Johnstone started popularizing the form as an alternative to the serious and sometimes pretentious plays associated with more serious froms of theater.

Though the answer to "what is improv comedy?" may have been answered and illustrated through its uses throughout history, the types of improv comedy extant today often take different forms than their predecessors all the while honoring and perpetuation the tradition. It has also been popularized to a level that was never attained by the art form anytime else in history.

For instance, one of the greatest examples of improv comedy today is the television show Whose Line Is It Anyway? In it, celebrities get the chance to use their wits in sketches and scenes without any prior prep. They have to "freestyle." Today, there are comedy clubs all over the country that produce improv comedy shows and serve as venues for improv comedy troupes.

Just as some people love flocking to see jam bands like the Greatful Dead and Phish to see how well their guitarists improvise seventeen minute solos, others are mesmerized by the ability that some performers have of being totally spontaneously funny. There are also improv groups and clubs on many college campuses; if you live near a sizable city, chances are you can find someone doing improv somewhere near you. 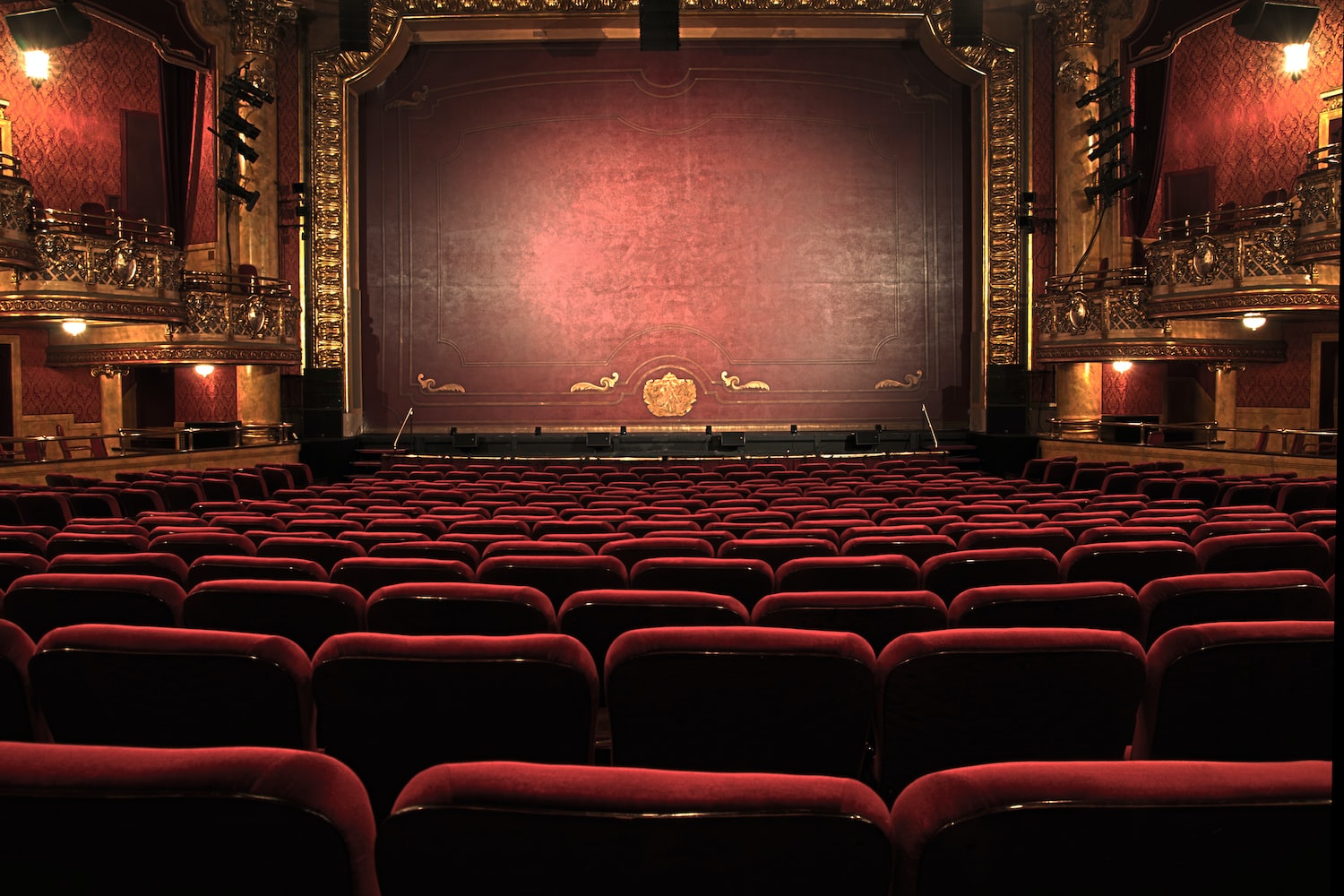 So far, the answer to what is improv comedy has been broad. You may have a good idea of what it's all about now, but you might be surprised that it's not all like Whose Line Is It Anyway? There are actually a number of different styles of improv comedy, and each of them have different draws and drawbacks.

Most are done in groups, but there are some forms that involve a single actor or comedian. What you usually don't see is a single classic stand-up comedy act done entirely in improv. Coming up with new jokes on the fly over and over again without any help is extremely hard to do, although some can pull it off well.

Stand-up improv comedy performed by one comedian is rare to see, but there are some clubs and venues that have it and are able to facilitate it by giving comedians a loose outline of topics that they must cover over the course of the set. That means they have to come up with jokes on the spot about the subjects given to them. Having these subjects definitely make it easier than just coming up with everything wholesale, and it may even help them link subjects, make connections, and put together a cohesive set.

If you ask someone what is improv comedy, they'll likely tell you about group improv. In group improv, a troupe will perform skits and sketches. The dialogue is almost always wholly improvised, although there can be certain markers or phrases that they may try to include.

Some groups may create their own scenarios and characters on the spot. Others may come with a general description of a scene as well as some short character descriptions. And still others may take suggestions from the crowd about the subject of their scene. Different groups have different rules about how to start, but each requires talent.

Props are common in group improv. They become particularly interesting when they haven't been assigned to any particular scenario. They could come up at any point during the show and serve any number of comical purposes. 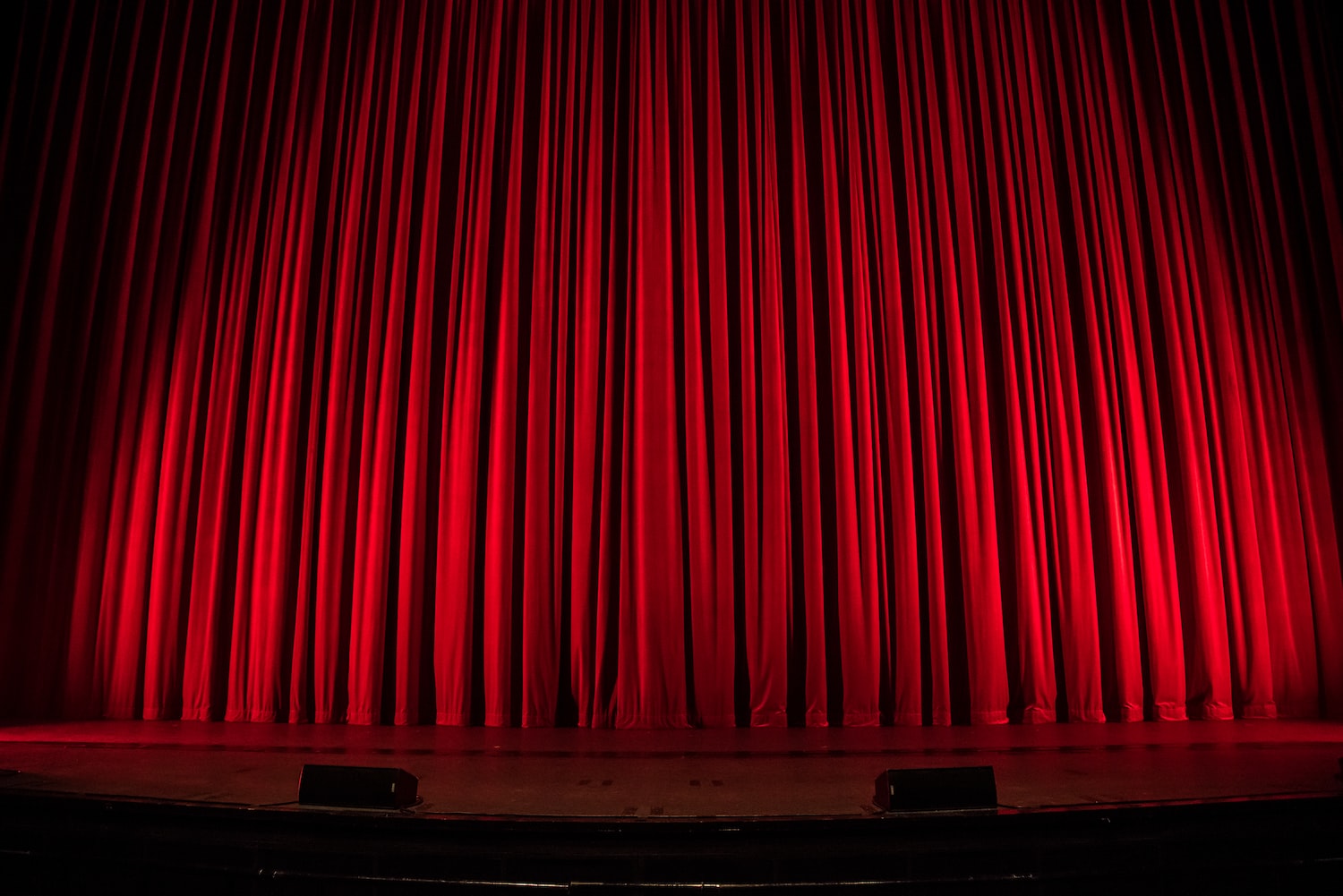 Maybe you think being part of an improv comedy group sounds like a blast. If so, there are some tricks of the trade you need to know. While this is by no means an exhaustive list of what to do when trying out for a troupe or organizing one among friends, it should help you get on the path to improv gold.

Staying in character is often dependent on how well you know your character. While things like backstory may not be established, having a clear picture in mind of your character's personality, mannerisms, quirks, and so on could help you tremendously.

PRACTICE WITH THE SAME PEOPLE

Dialogue is at the heart of improv comedy and knowing your partners goes a long way. The more you practice, the more you come to expect how they will respond and react to what you say to them. This helps to not only set up future jokes but also to produce dialogue that isn't dull and uninspiring.

Introducing props to your skits and sketches can make things fresh and exciting. Often times, the props themselves are just stand ins; the watermelon is really a bomb, and you'll have to learn how to sell that to a crowd. Learning how to see the prop for what it's supposed to be in the scenario is imperative to putting on the best act you possibly can. Keep it lively by switching up the props and including a few different ones in any one skit.

So what is improv comedy? Simply put, it's comedy that's performed spontaneously and on the spot. This freestyle form allows for more surprises and innovation than your standard night at the comedy club. While there are some single comic improv acts, the majority of improv comedy is performed in groups.

Some use pre-planned characters and scenarios but leave the dialogue up to the actors; others make the entire thing up on the fly. No matter what variety you find, however, getting the opportunity to see an improv comedy act is always a good time.